More than a Games Studio

The UK’s largest independent mobile game developer, Outplay is an award-winning global games studio that’s also a close-knit family. We pride ourselves on empowering our teams and providing the best possible working environment and generous support. We ensure that everyone who contributes their time and talent to our games has full access to any and all professional development opportunities necessary to take their career where they want it to go. We strive to be the best version of ourselves while always prioritising fun and friendship.

Step Into a World of Fun

Want a glimpse of what life’s like here? Look no further than these picture galleries and video diaries of us at work and play.

Kenny
Senior Lead Engineer
"I'd recommend working at Outplay. I've got to work on a lot of different games and worked with a lot of fantastic people. I've really enjoyed my experience here."

Martina
Artist
"Everybody just wants to do a good job. Not just professionally, but also to feel good at the end of the day, to feel like you treated everybody else respectfully and created good experiences."

Lauren
UA Manager
"When I joined Outplay, I had no previous experience working in the games industry but everyone was just so willing to show me the ropes and to share their knowledge. I really valued that when I joined."

Russell
Senior Engineer
"If you want to work in the most collaborative way, if you really want to create amazing products and work on some of the top IPs in the world, then I would definitely recommend coming to Outplay."
Play me 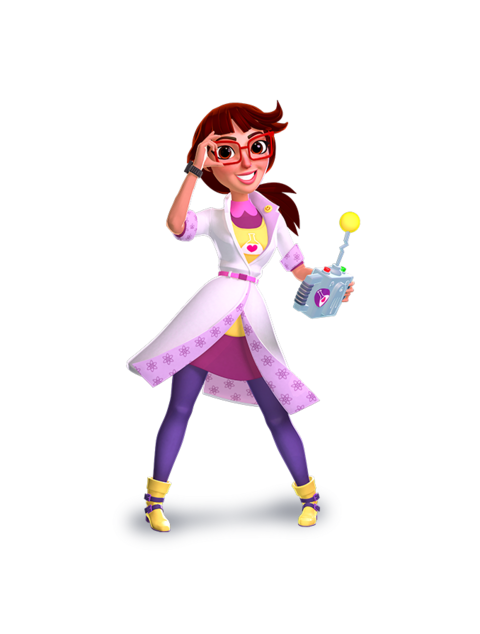 We continuously develop. We utilise and share our knowledge to achieve excellence in everything we do. We question, learn and share

We are purposeful, committed, and impactful. We are transparent and mindful in our approach, applying critical thinking to all we do. We're engaged, collaborative, and positive, motivated to deliver the greatest impact in all we do.

We have an entrepreneurial mindset with a determination to succeed.

We champion Outplay and each other. We embrace diversity and inclusion. We celebrate and recognise, listen and encourage.

Founded in 2010 and based in Dundee, Outplay Entertainment is the UK’s largest independent mobile game developer.

To date, the studio has amassed more than 160 million downloads, won TIGA awards, been featured multiple times as Apple’s Editors’ Choice, and received a BAFTA nomination.

Our talented and dynamic team is passionately focused on delivering best-in-class quality on every project. Gordon Ramsay’s Chef Blast and Mystery Match Village are the latest titles in our portfolio of critically acclaimed and award-winning games, and offer the vibrant visuals, first-rate production values and casual yet engaging gameplay for which Outplay is known.

With an exciting pipeline of future titles in development and continued growth on our existing games, Outplay is just getting started.

CEO & Co-Founder
Douglas co-founded Outplay with his brother Richard in 2010. Working at the heart…
Read more

CEO & Co-Founder
Douglas co-founded Outplay with his brother Richard in 2010. Working at the heart of the business, he collaborates across all teams to drive strategy and development and to grow Outplay’s reputation as a global entity producing first class games for all audiences.

President & Co-Founder
Richard co-founded Outplay with his brother Douglas in 2010, and has provided guidance…
Read more

President & Co-Founder
Richard co-founded Outplay with his brother Douglas in 2010, and has provided guidance and support across all our teams from the beginning. An accomplished entrepreneur whose experience has proven key to the success of Outplay and its award-winning games, Richard is always seeking the unexpected creative angle that will make a game truly great.

CFO
Since joining Outplay as CFO in 2011, Gill has played a pivotal role in establishing…
Read more

CFO
Since joining Outplay as CFO in 2011, Gill has played a pivotal role in establishing the studio as an industry-leading commercial success. She focuses on commercial planning, corporate development, efficient user-acquisition, and on driving growth with the marketing and insights teams.

Head of Growth Marketing
Leading on brand strategy, campaign development and live service marketing, Lucian fosters a culture of collaboration within his team and is focused on developing ambitious and visionary strategies for achieving Outplay’s aggressive growth goals.

Head of HR
With over 18 years’ experience in the UK games industry, Emma takes the lead in…
Read more

Head of HR
With over 18 years’ experience in the UK games industry, Emma takes the lead in all areas of talent management at Outplay. She has been central to the assembly of a large and diverse team featuring the industry’s top talent, and to the creation and evolution of Outplay’s value-led and inclusive culture.

VP Operations
Having headed-up production at Outplay since 2018, Phil supervises all areas of…
Read more

VP Operations
Having headed-up production at Outplay since 2018, Phil supervises all areas of game development and is closely involved in the day-to-day operations of the business. He leads on coordinating cross-company initiatives, ensuring alignment with central objectives and our culture and values.

Engineering Manager
Marco brings more than a decade’s game industry experience to leading Outplay’s engineering department. Working closely with the team, he establishes and develops Outplay’s long-term goals as well as technical strategies for achieving them.

Art Manager
Graham leads the art team at Outplay, and has a background that combines games development…
Read more

Art Manager
Graham leads the art team at Outplay, and has a background that combines games development and traditional animation. He is always seeking to deliver for our players by pushing the boundaries of what’s possible visually, and as well as providing guidance and development advice to the team he makes regular art contributions to our games as well.

Non-Executive Investor Director – Pentech
Eddie is a founding partner of Pentech, a VC fund investing in early-stage software companies. He was also the co-founder and CEO of software tools developer Objective Software Technology, taking the company from launch to successful sale to Wind River Systems.

Non-Executive Investor Director – Oxford Capital
David co-founded Oxford Capital in 1999, which since then has invested in over 100…
Read more

Non-Executive Investor Director – Oxford Capital
David co-founded Oxford Capital in 1999, which since then has invested in over 100 companies across a range of technology sectors. David served for four years as Chair of the BVCA Venture Capital Committee, and is currently a member of the Young Presidents Organization.

Non-Executive Director
As founder of Game Advisor Ltd, Stefan is widely considered a founding father of Sweden’s gaming industry itself. He has held leading positions at EA, Nokia, Microsoft and Warner Bros, is a co-founder of the Swedish Trade Association for games, and was chairman of the Swedish Video Association 2013-2015.

View all news and press

1. Tell us about your pathway into the games industry?I’ve had a strong passion and love for games since a young age that was nurtured by my Father.…

­Outplay Entertainment is excited to unveil Words Together, the second Facebook Instant Games title in the Together series. Words Together is now available…